Fundraising Insights for Smaller and Mid-sized Nonprofits: From a Blackbaud Report


Comparison data alone won’t help a nonprofit understand whether its level of individual contributions can be substantially improved, but every data point helps in a community starved to know whether there’s something else that can be done to persuade a couple more pennies in gifts. Blackbaud has released the 2014 Charitable Giving Report, and while the data raises some questions, it is certainly a welcome addition to understanding a section of the field.


The Blackbaud data encompasses over $16 billion in U.S.-based giving in 2014, a great sample size. It is, of course, not a scientific sampling of the over $335 billion of charitable giving in 2013. The data sampled (while never specifically detailed in the report) is presumably from Blackbaud clients using a variety of Blackbaud products, which are designed to encourage digital giving. Despite these limitations, the report is very useful because it suggests what can happen when charities start asking for money in new ways.
The Blackbaud report shows significant increases


in digital philanthropy, especially compared to traditional donation methods such as postal mail. Those other areas grew, but at slower rate. Total increases in philanthropic giving rose 2.1 percent in 2014 (against total growth in the economy of 2.4 percent). Online giving increased a total of 8.9 percent from the previous year. Where online giving is still only 6.7 percent of the total giving measured in this report, the total growth rate is buoyed by this giving, meaning that without growth in online giving, total giving to nonprofits would have an even slower growth rate than 2.1 percent. 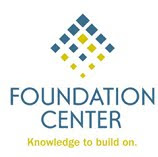